As this story opens, invitations to Camp So-and-So have been delivered to 25 teen girls. All of them accept. When they arrive at this camp all is not as it has been advertised. Indeed, it becomes immediately apparent that there is something dark and unnerving lying just below the surface and just what that is remains a mystery. Each chapter recounts the weird and strange obstacles that every cabin of five girls encounters and each delivers a clear message- there will be no escape. Slowly these girls begin to accept that something or someone is overseeing the confusing and shocking events that unfold. They also come to realize that if the members of each cabin do not work together there will be deadly consequences. A satisfying end to this story is finally reached but not before many unbelievable things occur.

McCoy delivers a complicated plot which at times seems confusing. Her clever use of an omniscient narrator, interwoven story lines and an irresistible tone of suspense keeps the reader turning pages. This addictive story offers many teachable moments with its Shakespeare connections, rich descriptive language and its affirmation of most teens’ experience- life is confusing and worthwhile. Sixteen-year-old Tatum Elsea is set to have a horrible summer. Her best friend gets mixed up with the wrong people and involves her in a crime, and then is sent off to boarding school. Tatum is sentenced to community service, her father leaves the country, her stepmother sets rigid rules, her overachiever stepsister won’t speak to her, and her step-grandmother is sent to babysit her. Flying under the radar, Tatum nevertheless manages to make the best of things, fostering new friendships, growing a graphic design business, and finding some irresistible clients. Throughout these experiences, Tatum is reconciled with those that frustrate, protect, and misunderstand her, and, in typical Cinderella story fashion, may get a “happily ever after” in different ways than she expected.

June has created a likeable, strong, smart protagonist and a believable story that will encourage conversations about how adults want teenagers to be safe and succeed- and ways that such efforts are resented or misconstrued. Readers drawn to stories about loss, honesty, and redemption will empathize with Tatum and root for her happy ending. 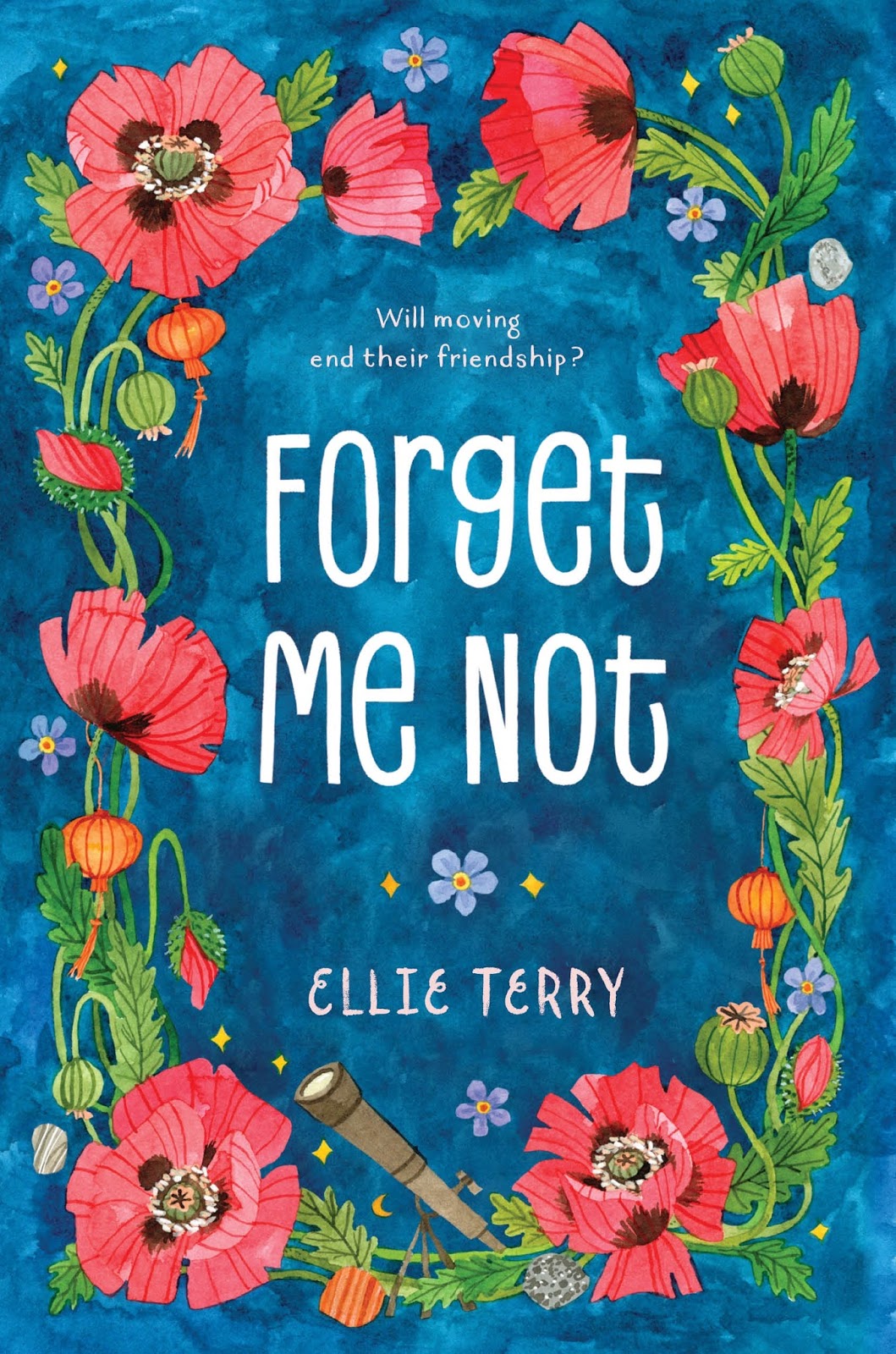 Seventh-grader Calliope June Snow is always the new girl, as her love-obsessed widowed mother constantly uproots her in search of new men and new opportunities. Her life is further complicated by Tourette’s Syndrome, a disorder of the nervous system which manifests itself in uncontrolled and repetitive movements. Since Callie does not disclose her diagnosis to her peers, whenever she claps, taps or clears her throat in class, she finds herself labeled, ostracized, and even bullied.

Plunked down at yet another junior high, Callie meets Jinsong, the popular student-body president. His quiet kindness overcomes his fears of social disapproval for being her friend. The two embark on a blossoming romance, which is threatened by Callie’s anxieties, about revealing her Tourette’s and her mother’s constant restlessness.

Terry has captured a moving account of difference in unique form. Callie speaks in free verse passages which are often quite short and intense, capturing the high stakes of the junior high social fishbowl. Jinsong’s narration, meanwhile, offers readers a prose perspective. A strength of the novel is its ability to balance a thoughtful interracial romance, non-stereotypically told, with realistic family dramas as well as a non-heavy-handed  education about a medical disorder still widely misunderstood. Also of note is Terry’s three-dimensional antagonist (the chief female bully), whose own outsider status and insecurities are treated with introspection. Readers will root for Callie and Jinsong, while learning valuable lessons about compassion and friendship. Seventeen-year-old Gem has always been the caretaker of herself, her younger sister, Dixie, and most things about their lives, from making sure that there is enough food to checking to see if their mom is still breathing after a drug-fueled bender. When they were younger, Gem was Dixie’s hero. Just three years older, Gem protects Dixie from their parents’ neglect with imaginative games of make believe that take them far away from their dismal circumstances.

Now that they’re older, the sisters have grown apart. Gem is withdrawn and resentful, hungry and hopeless, while Dixie is daring and flirtatious, resourceful and hopeful. The space between them fills the bedroom they share with silence and confusion. When their absentee father returns to Seattle, everything changes, and forces the sisters to connect in a way that they hadn’t in years. This leads them out of their neighborhood and into the world as they reassess their perceptions of self and confront the relationships they have with each other, their parents and others.

Sara Zarr uses Gem’s voice to give a look into the lives of sisters who go without the food, nurture, and stability they need to feel safe and secure, while also giving readers a look into the kind of realistic fiction that will simultaneously break your heart and give you hope. 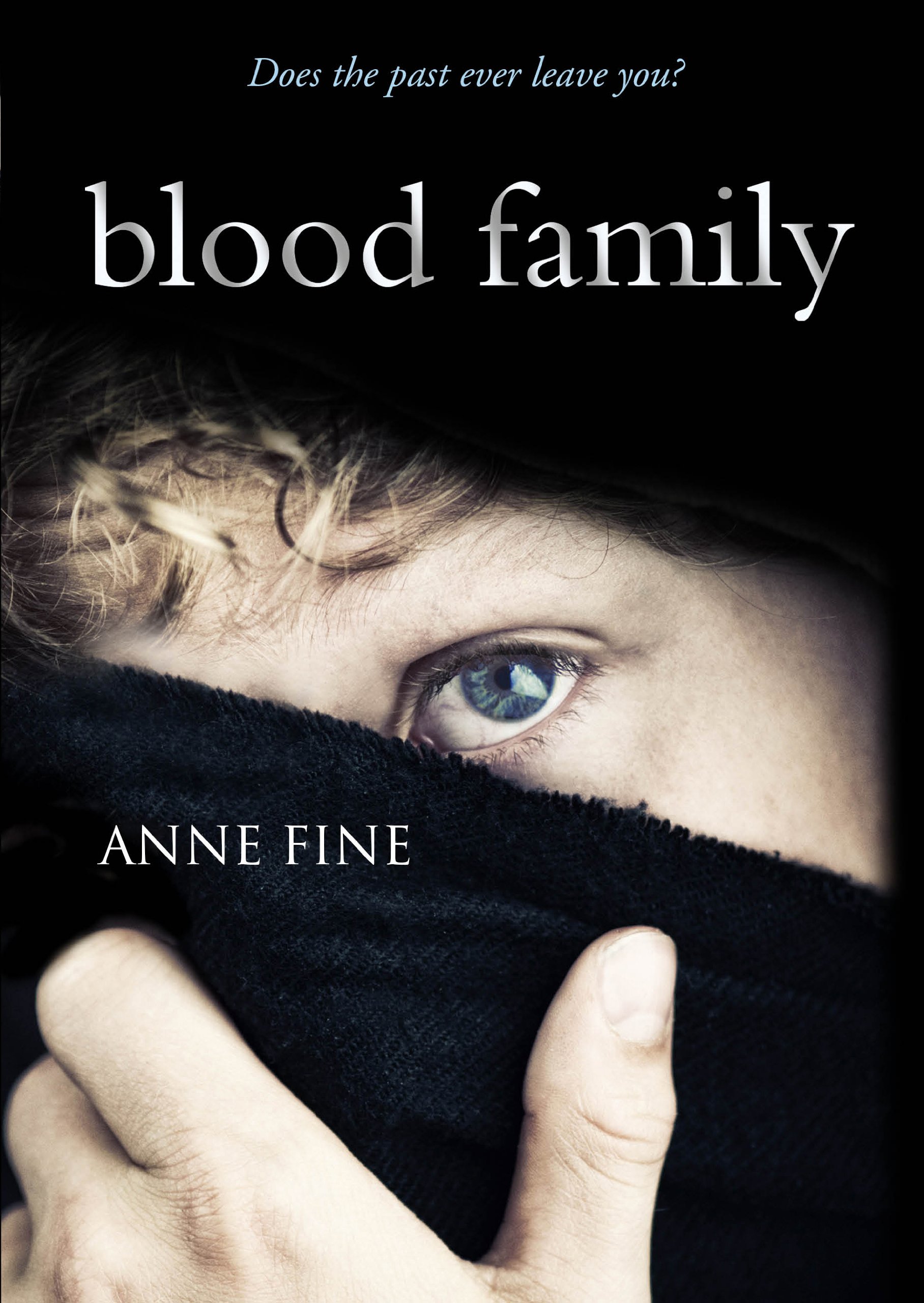 Trapped for four years in an apartment with his mother and her abusive partner, Eddie turns to videos of Mr. Perkins, a friendly gentleman from a children’s television series, to learn about the outside world and how to interact with others. When Eddie is rescued at the age of seven, he must learn to navigate and survive in a whole new world, with people very different from those he met in his apartment and Mr. Perkins’s neighborhood.

This fast-paced narrative shares Eddie’s journey through not only his own first-person perspective, but also through eye witness testimonies of a variety of people with whom he encounters. By sharing Eddie’s story through the perspective of multiple narrators, author Anne Fine is able to coax the reader into considering some powerful questions like– Is it possible to escape the past? Can nurture overcome nature? And, perhaps most importantly, why is it so easy to ignore the things you don’t want to see? 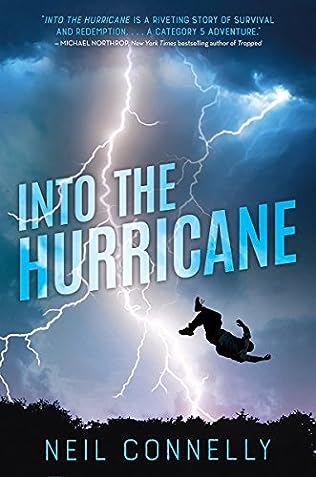 Tough-talking, green-haired Jersey girl Max is on a somewhat illegal mission in southern Louisiana in a race against the clock and a Category 5 hurricane. When she and Eli, another teen on a seemingly impossible quest meet up at an abandoned lighthouse on the Gulf, their adventures have just begun. In their desperate battle to complete Max’s mission and outrun the hurricane, Max and Eli form an unbreakable bond that sees them through carjacking, kidnapping by a religious cult, and the debilitating grief that prevents them each from moving on.

Connelly has painted an awe-inspiring portrayal of southwestern Louisiana’s myriad wildlife, cultures, and challenges. Max and Eli’s physical and emotional journeys will touch the toughest of hearts, while the suspenseful, wild race with the hurricane will engage even reluctant readers. Seventeen-year-old Snow remembers little before her life in New York’s Whittaker Psychiatric Institute. Imprisoned under full-time watch, her only happiness comes from spending time with her best friend, Bale, another patient with a fondness for setting fires. Finally taking a chance, Snow kisses her best friend, which results in a violent reaction and Bale’s near-insanity. When Bale is stolen and brought to a fantastical world, it is up to Snow and the friends she makes along the way to save him and bring him back.

Featuring a diverse cast of characters and a magical world unlike any other, Stealing Snow is a tale that is both original and yet still able to remind us of the stories we loved as children. An entertaining twist on fairy tales, Disney and Andersen alike, readers will enjoy this action-packed story filled with romance, adventure, and the ever-constant reminder that females are already some of the most powerful creatures out there. Stealing Snow concludes in a moment of suspense, leaving readers to imagine their own endings while still wishing for more.

When Michael sees Mina across the protest lines at a political rally, he is immediately intrigued. He thinks Mina is beautiful, but what he doesn’t know is that Mina will be the one to forever change his life. Michael’s parents run an anti-immigrant group that is growing in numbers as tensions rise across Australia. Michael believes in the cause and what his parents stand for, until Mina, a Muslim refugee, joins his prep school on scholarship. Mina, who fled war-torn Afghanistan with her mother many years before, is smart and funny. She also challenges everything Michael believes in. As relationships are tested and battle lines are drawn, Michael has to come to a decision about what he truly stands for, while Mina tries to protect her family at all costs. As their worlds collide, both Mina and Michael must decide what lines they are willing to cross.

Abdel-Fattah has created a captivating dual narrative that comments on how fear, hate, and judgment can both damage lives and forever alter them. The Lines We Cross invites readers to explore what happens when the beliefs one has always had get challenged and the consequences of changing those beliefs. Readers will root for Michael and Mina as they explore themselves and their relationship with each other. Growing up, Odette Grey entertained her younger sister Trudchen with tall tales and haunting stories of beasts that frequented the country. And both girls honored their family’s traditions for warding off evil spirits and monsters. Now that they are older, Tru has started to wonder if Od’s stories and superstitions are serious and even questions her sister’s sanity. However, Od convinces her to go on an adventure in search of a lost love, the Leeds Devil, and their own mother. The girls travel across country facing the danger of unknown cities, devil-like beasts, and the trauma of their past. Their journey to learn the truth about their family and each other is not easy, but their discoveries bring the two sisters closer together by sharing the real and fantastical monsters of their past.

Cat Winters is a masterful storyteller and weavers together stories with two perspectives and two time periods into a dark historical fiction/fantasy novel that will keep readers up late in the night. They will be eager to read more but also wonder about what stories and beasts truly exist and which are just for fun. Her book captures the adventure of chasing mythical creatures, while presenting a dark reality of the monsters and secrets many families keep. This is a remarkable story about family, particularly the bond of two sisters, and the adventures of honesty and growing up.