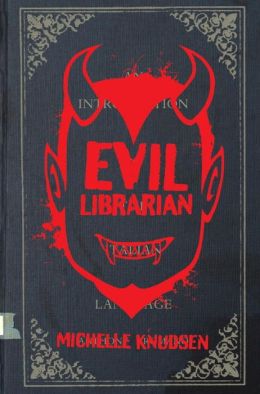 High school junior Cynthia is trying to get Ryan, a boy she’s been in love with since forever, to notice her. She is also trying to save her best friend, Annie, from the evil clutches of a demon who is playing the part of a librarian in their school and is killing her teachers at an alarming rate. She has until the run of the school play—Sweeney Todd, every demon’s favorite musical—to enlist the help of a Dungeons & Dragons playing nerd and his sexy demon master, or all will be lost.

Fans of Buffy the Vampire Slayer will love Knudson’s expert interweaving of snarky teen dialogue, heartfelt romance, and gory action sequences. Cynthia’s a tough, intelligent heroine and her demon nemesis is deliciously evil—ingredients that make this book a fun read. This reader is hoping that Cynthia will return in a future novel to fight another day. 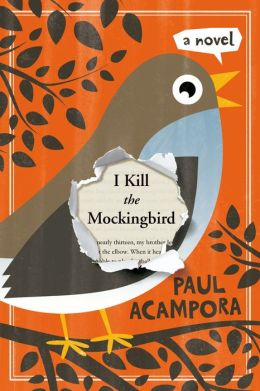 Lucy intends to spend the summer with her two best friends Michael and Elena as they prepare to transition from St. Brigid’s Catholic School to high school. The book-loving trio are pleased with their summer reading list, but they worry others might not discover the joy of reading To Kill a Mockingbird. They design an unlikely scheme to utilize social media coupled with their own subterfuge in bookstores and libraries to create a phony shortage of book copies. Thus, IKILLtheMOCKINGBIRD.com is born, and the power of the Internet takes over as “literary terrorism” dominates the web.

Their killing the mockingbird plot grows out of their affection for a beloved overweight English teacher who died after a heart attack in the school cafeteria. Bob Nowak always asked them W.W.F.B.D? (What would Fat Bob do?) The answer leads to a riotous, poignant homage to Harper Lee’s work that will appeal to contemporary tech-savvy middle school readers. Literary references and book titles, both classic and young adult, pepper the dialogue and add to the appeal. 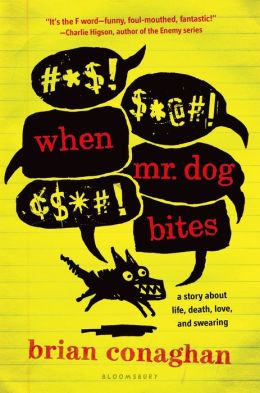 Seventeen-year-old Dylan Mint has Tourette’s Syndrome, and its side effects–tics, inexplicable dirty talk, and offensive growling–seriously affect his social life. When he overhears his doctor tell his mother that he just has a few months to live, he makes a list of “Cool Things to Do Before I Cack It.” First on the list is sexual intercourse with the unobtainable Michelle Malloy; second, is to force classmates at Drumhill, special needs students themselves, to stop making racist remarks about best bud, Amir; third, Dylan must bring his father back home from fighting in the war. Dylan’s best plans to fulfill his bucket list initially backfire, causing the howling dog of Tourettes to escape in cringeworthy ways, despite Dylan’s efforts. In the meantime, a taxi driver is spending too much time with Dylan’s mother, and her personality is seriously changing.

Scottish writer Conaghan portrays an insider view of what it is like to experience Tourette’s Syndrome, the hierarchy within disabled adolescent populations, and a home situation shrouded in mystery. Through it all, readers come to learn that Dylan Mint has the right stuff to be a real man. Dylan’s play with language (with an impish Scottish twist) make this discovery fun. 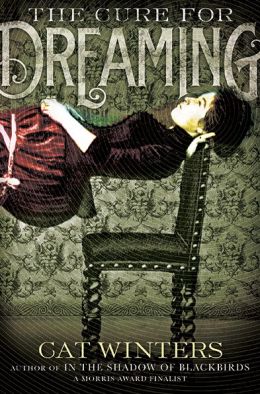 When seventeen-year-old Olivia Mead allows The Mesmerizing Henri Reverie to hypnotize her during his Halloween night act, life as she knows it ceases to exist. Olivia, a forward-thinking young lady who rides a bicycle and supports women’s suffrage, becomes entwined with Henri Reverie when her father hires Henri to remove Olivia’s unfeminine tendencies with his powers of hypnotism. Henri instead gifts Olivia with the ability to see the world as it actually is. As she tries to navigate her frightening new reality, Olivia struggles to find and maintain an authentic voice in a world intent on silencing women. Despite her father’s best efforts, Olivia breaks from societal norms and paves quite an extraordinary, independent path.

Winters weaves together allusions to Dracula and quotations from some of early America’s most outspoken political figures to illuminate the reality of Olivia’s world as well as our own. As much a provocative social commentary as it is a well-crafted coming-of-age story, The Cure for Dreaming is a positively unique edition to this year’s young adult collection. At times, the reader will yearn for deeper character development in the way of backstory, but overall, this is a novel that one can certainly sink her teeth into. 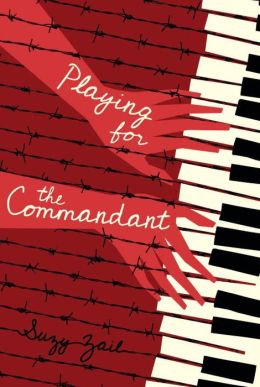 “They came at midnight, splintering the silence with their fists, pounding at the door until Father let them in.” Before the knock at the door, fifteen-year-old Hanna Mendel had been dreaming of a life as a famous pianist, a life filled with concert halls and music. However, after her father opens the door to two SS officers on that fateful night, Hanna is left with only a C-sharp piano key hidden under her clothes to remind her of her former life and dreams. Under the guise of being “resettled,” the Mendel family – along with all the other Hungarian Jews living in the ghetto–are packed into a cargo train and shipped off to Auschwitz-Birkenau, where Hanna, her sister Erika, and her mother are separated from their father. The work and conditions at the labor camp are atrocious. Hanna’s mother lapses into silence and Hanna and her sister struggle to survive the days.

Then, word comes that the commandant of the camp is looking for a pianist. Erika tells Hanna to audition and Commandant Jager’s son, Karl, chooses Hanna. Though being chosen as his pianist means no physical labor for her and more importantly, more opportunities for food for her family, being in the commandant’s presence is nerve-wracking and belittling to Hanna, and she must keep her thoughts about him secret. The only bright spot is her beloved music, and Karl who, despite his seemingly icy demeanor, has a secret of his own.

Facing violence by the women at the camp because they resent her, and violence by the commandant and his soldiers because of the rumors of Russia’s advancement, Hanna struggles to maintain her promise to her father who told her, “Look after each other, and get home safe. And when you do, tell everyone what you saw and what they did to us.” 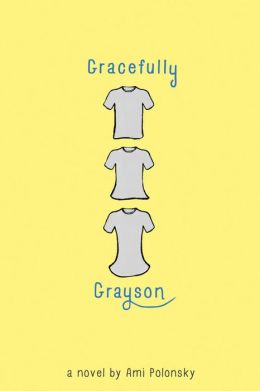 Twelve-year-old Grayson navigates two worlds, one as a boy who faces school each day by strategically avoiding interactions, and one as a girl who secretly wears girls’ T-shirts under his sweatshirt and often imagines himself as a blonde princess. When Grayson’s English teacher suggests he try out for the school play, The Myth of Persephone, Grayson auditions and wins the leading role of Persephone. While he finds joy in meeting himself face to face while play acting and discovers friendship with fellow actors, his brave attempt triggers family discord, increases harassment, and creates administrative tension.

Polonsky pulls readers into Grayson’s daily life, inner thoughts, and emotional grappling through precise and poignant descriptions of his unique observations and experiences. She masterfully parallels the events in and around the play with Grayson’s self-discovery process. We cheer when Grayson’s makes a stand and can publicly emerge into the individual he needs to be. 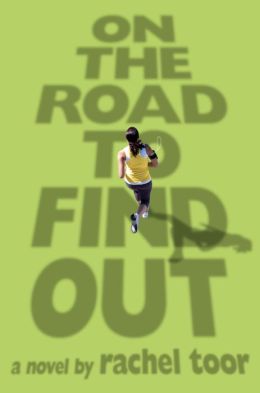 Alice has always been successful in school, so when she is rejected by Yale, the only college she applied to, she feels that her life is crumbling around her. The only good things she has left are her pet rat, Walter, and her best friend, Jenni. After Jenni forces Alice to make a New Year’s resolution, Alice takes up running. This new sport brings Alice new friends, a new job, and a new level of determination as she learns that life doesn’t end after rejection.

Rachel Toor’s debut novel is much like Alice’s journey to become a runner–a slow start that builds to a strong finish. Readers who stick with the story will be rewarded with a look at how life doesn’t always turn out the way that we plan; sometimes, it turns out even better. 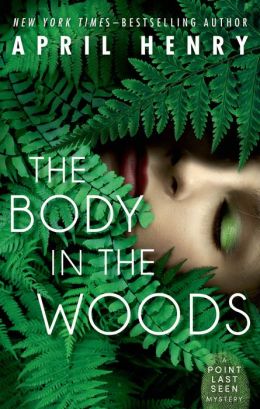 Nick, Ruby, and Alexis are troubled teens and volunteers for Portland’s Search and Rescue team, assisting in searches for people lost or injured in the city’s vast, densely forested park. Called to help locate a missing person, they instead stumble upon a girl who had been recently strangled, a chilling find. Worse, the killer was secretly observing them and has targeted Ruby as his next victim. Ruby discovers earlier, similar deaths and believes a serial killer is responsible, but as the case’s lead detective is dismissive, the trio conducts their own investigation, concluding with Alexis and Nick engineering an arrest.

For celebration, all join Ruby at the park to witness thousands of birds arriving to roost, an event drawing huge crowds. While gazing upward, unaware that they are being increasingly separated by spectators, each receives a call declaring their arrest spurious, with Ruby beside the true killer when her phone rings.

The gripping, fast-paced chapters alternate among the characters, including the killer, conveying events from each in third person. The investigation is full of twists and turns, with the murderer’s reveal truly surprising, which allows ordinary story events to suddenly reappear as important clues, providing satisfying “aha” moments. While the individual teens are portrayed realistically, their family problems seem too extreme not to have attracted adult notice and assistance. Still, all gain strength and confidence, including new resolve in regards to tackling home issues. The novel prominently features Alexis and Ruby, and thus will be especially enticing to females, the story’s targeted audience. 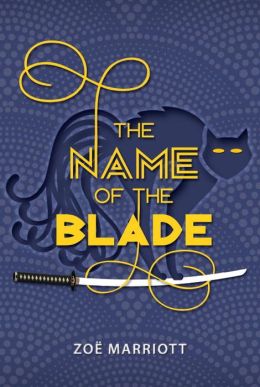 Just as in real-life, when teenage girl in a novel rationalizes her decision to do something she is not allowed to do, you know trouble is just around the corner. By the second chapter of this fast-paced novel, our protagonist Mio has taken advantage of her parents’ trip out of town to steal the family’s ancestral sword from the attic. Sure, it technically isn’t stealing since the sword will officially be hers in a few months when she turns sixteen, but Mio isn’t 16 yet. Nor is she ready for the sword’s magical powers or the evil Nekomata spirit that is released when she lifts the sword from its case. And who, Mio wonders, is this handsome and brave boy, Shinobu, who suddenly appears whenever there is danger?

Mio and her best girlfriend Jack travel between their world and a world filled with magic as they battle the evil Nekomata in The Name of the Blade, the first of a planned trilogy. The girls are fierce and the familiar plot to fight an malevolent world takeover is revived with sword fights, magical foxes, and swarms of cats. Yes. Swarms of cats. The gentle romance between Mio and Shinobu will engage young adults and the deep friendship between the two girlfriends will remind them of the importance of loyalty. While an adult reader may be frustrated as yet another stunning male character takes on the role of protector, the girls do hold their own as the world is saved from evil.