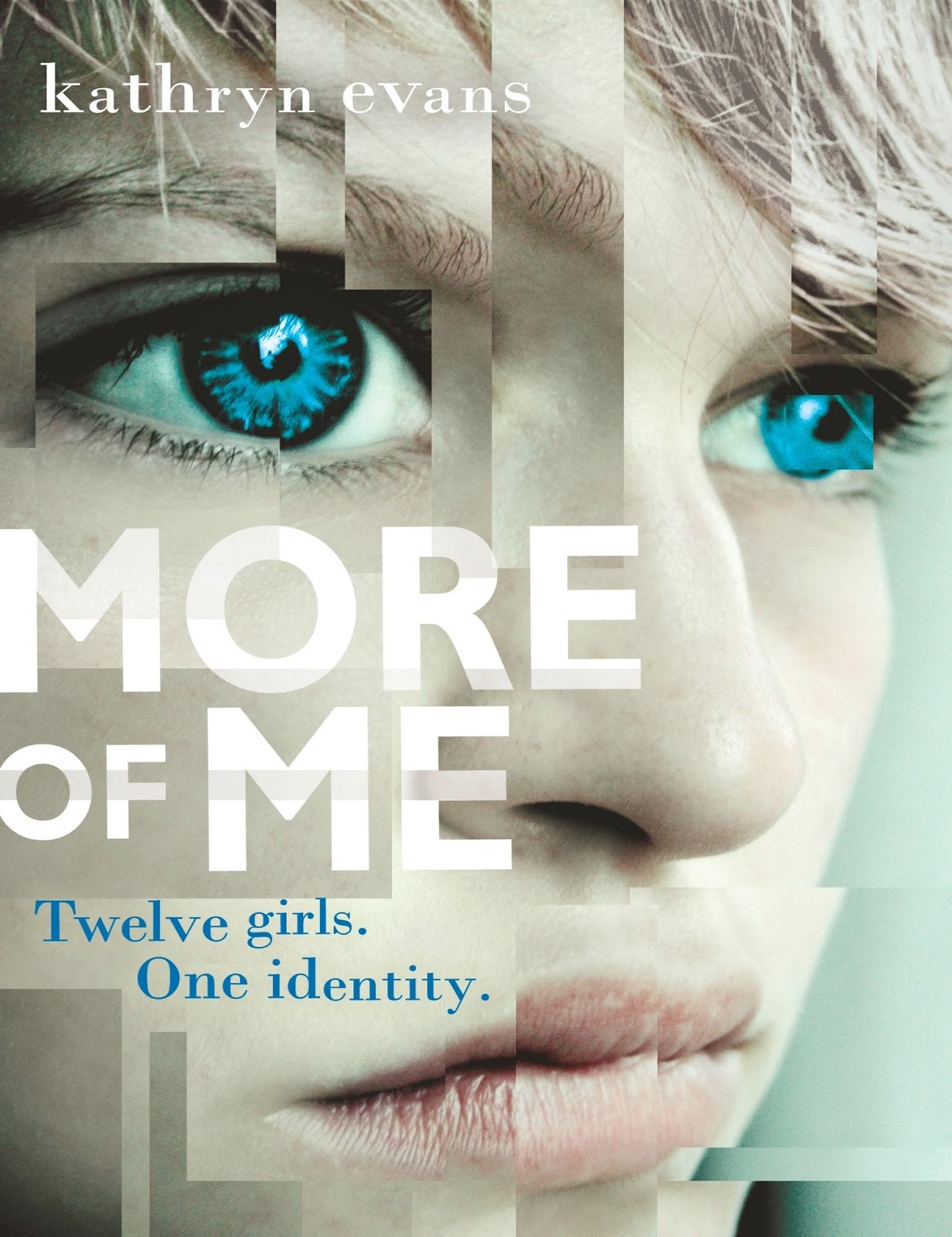 At school, Teva shines as a talented fashion designer with a devoted best friend and adorable boyfriend, Ollie. Once home, however, she is merely number 16, due to a genetic aberration that forces her to be cloned once a year. Her fearful yet watchful mother has painstakingly concealed her disorder and the disorders of fifteen younger clones, but Teva, now older, questions her condition and exceptionally isolated lifestyle. Meanwhile, Teva’s mother is unaware of the budding threat within. Clone number 15 has long resented Teva, and is planning to eliminate her and reclaim her own life, regardless of the consequences.

Teva narrates this exciting, suspenseful novel that readers will enjoy, especially its encouraging portrayal of the family a year later. In this sequel to No Love Allowed, two high school graduates–Nathan, an aspiring party planner, and Preston, an Olympic hopeful swimmer, –take a summer vacation during their gap year, the year before entering college. These two young adults, both scions of wealth and openly gay, head off on an extravagant European adventure (they travel on Preston father’s private jet) where Nathan intends to espouse his true feelings for Preston. Unfortunately, Preston ignores Nathan’s not-so-subtle romantic innuendos (Preston would rather be swimming), leaving Nathan feeling bereft, unloved, withdrawn, and ready to return home to nicely appointed Dodge Cove.

Suddenly, though, Nathan’s twin sister, Natasha, arrives in Greece, ready to boost her brother’s failing spirits, rekindle his own special magic, and perhaps, redefine his own career goals, without Preston. What will Nathan do now? And will he ever find true love?

Readers do not require familiarity with the first book to fully understand the character and the plot and setting of this sequel– the ultra-jet-setting world of wealthy teenagers whose primary worries center on their love interests. This is an easy to read, yet blunt and edgy glimpse of life among the rich and privileged. What makes this novel – and this series, though – significant – is the emphasis on LGBTQ adolescents – which no matter the setting – is always welcoming in books for young adults. High-schooler Caroline’s eleven-year-old autistic brother is kidnapped when he wanders away from home while she is supposed to be watching him. When police find Dylan, they also discover Caroline’s classmate Ethan, who was kidnapped four years earlier when he was Dylan’s age. Dylan’s inability to speak about the events that torment him drives Caroline to seek help from the only person who can give her clues to what happened. However, Ethan’s own trauma remains suppressed in his memory. As the horrible events start to come back, Ethan has to choose to keep them hidden or let them out for his own good, at the risk of hurting Caroline.

Mathieu tells this compelling story through the alternating perspectives of Ethan and Caroline, capturing their developing friendship in the authentic voices of two scared and confused teens. Told with both honesty and sensitivity, Afterward takes on the mental anguish wrought by abuse and shows how compassion can conquer life’s darkest secrets. Still coping with her dad’s sudden death, seventeen-year-old Zoe, her younger brother Jonah, and their dogs are attacked during a terrible Montana snowstorm by a vicious murderer. A beautifully pale and strong bounty hunter named X rescues them all. He comes from a place called the Lowlands, a hellish place where those being punished for crimes become the punishers. X begins to pull away from the rules of the Lowlands because of Zoe, but escape isn’t easy and they both face grave danger and tough decisions.

Giles has created a fantasy thriller that draws the reader in with vivid details, unique relationships, and unexpected plot twists. The Edge of Everything is a great, edge of your seat kind of novel that keeps the pages turning.  Zoe and X carry the story, but another bounty hunter named Ripper, who is just as likeable, joins the wild plot. This is the first book in a series, and it will definitely motivate readers to get their hands on the next one. Esther lives under the watchful eye of him. Every move she and the other Special Ones makes is watched and recorded. Devoted followers of his cult see their deeds and write to the Special Ones for advice. Every word Esther writes back is a lie, an act to appease him. Life on the farm is dictated by strict rules that spell out every detail of Esther’s life, from the clothes she wears to how long she can look others in the eye. She knows that if her act as Esther, a farm woman in a photograph from 100 years ago does not please him, she will be renewed and replaced by another Esther. The thought fills her with dread because no one knows what happens to those who leave the farm.

Em Bailey introduces the reader to the minds of the captive and the captor in this psychological abduction thriller. Esther’s search for normality and escape is contrasted by the obsessions of the psychopath behind the Special Ones. With each creepy page, Bailey’s flawed and realistic characters teach of perseverance and hope. Readers will be sucked into the bizarre world of one person’s madness and will not be able to return to reality until the resolution. After their mother dies, fifteen-year-old Aila and her younger brother, Miles, are sent to a rural town named Sterling. Every seven years in Sterling, something disappears- sense of smell, the stars at night, reflections in the mirrors. The residents of this cursed town can only wonder and worry “What next?” Aila, with the help of a book of Shakespeare’s plays, is determined to find the cause of the disappearances and save the town where her mother grew up. Her quest for the truth is made more difficult because many people in Sterling blame her mother, Juliet, for causing the town’s woes. This is also a story of romance and the price that Aila is willing to pay for love.

The Disappearances is a book of wonder and mystery by first time novelist, Emily Bain Murphy. It is well crafted and the plot is memorable and complex. Shakespeare’s words help solve the mystery, leaving the reader with a sense of hope as well as awe. This book should appeal to young adults and adults. The eloquent writing style and the well-researched inclusion of historical details make it memorable. Aila and Miles often use one word to summarize an experience, calling it a finishing word. My finishing word after reading The Disappearances is sublime. 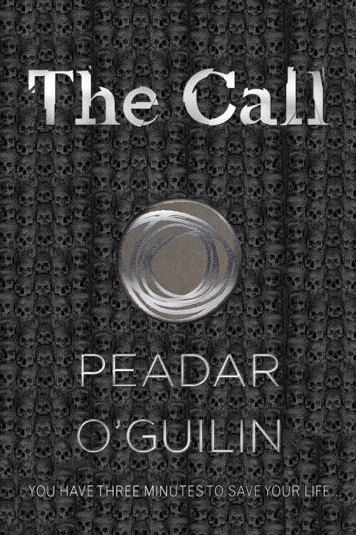 The Call takes place in an isolated from the rest of the world Ireland where the Sídhe–fairies in Irish folklore, turned ruthless murderers in O’Guilin’s story–have been banished through trickery from their homeland to a netherworld called the Grey Land. As an act of revenge and in an attempt to regain their beloved Ireland, the Sídhe kidnap teenagers, one by one, in what the residents refer to as The Call. For three minutes and four seconds that extend to an unbearable twenty-four hours in the Grey Land, teenagers disappear at all times of the day and night, and awaken alone and naked in a hellish world. They are then hunted by the Sídhe, who try to catch them as soon as possible, so they can “play” with their victims before sending them back, most of the time dead and/or creatively mutilated.

Nessa, as do all of the children of Ireland, learns about The Call on her tenth birthday. Though weakened by polio and unable to run, she is determined to survive. The story begins as Nessa enters her fifth year at Boyle Survival College. Her upper body has grown as strong as her mind. She speaks fluent Sídhe and can fashion a pair of crutches from a tree branch in mere seconds. She bests cruel classmates in hand-to-hand combat and keeps her emotions in check. Nessa knows her odds; only one in ten survives. If Nessa is to be one of the ten percent, she will not only have to be physically strong, but mentally superior.

Paedar O’Guilin has crafted a truly frightening tale. The creatures in his Grey Land will haunt readers’ nightmares and keep them reading late into the night. Once begun, it is almost impossible to put down.