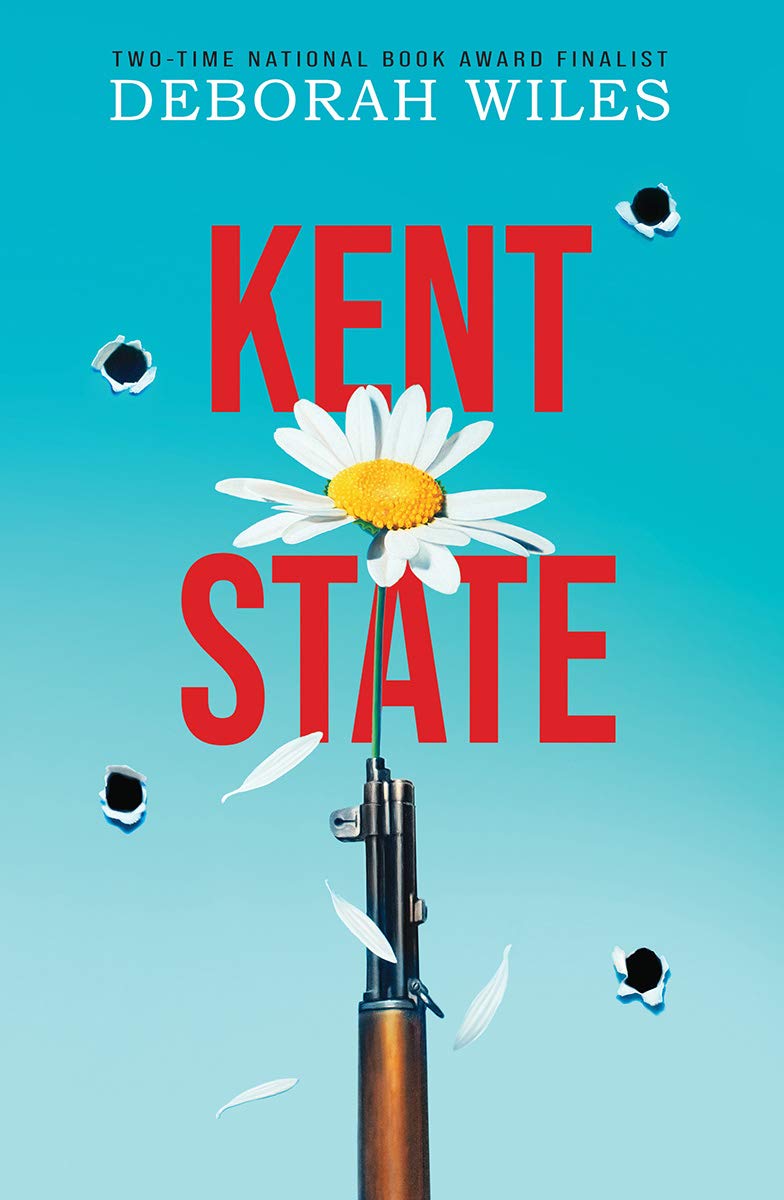 It is crucial to teach our youth the true events of US History- the good, the bad, the ugly, in order to validate claims, to avoid making the same mistakes again, to lift up the heroes, and to mourn the victims. In the novel Kent State, National Book Award finalist Deborah Wiles manages to represent multiple, nameless voices in a timeless, courageous conversation about what really happened when four students were killed and nine injured at Kent State University on May 4, 1970.

In the beginning, the reader is welcomed and encouraged to stay, particularly when the conversation becomes heated and painful. Wiles represents the voices utilizing different sizes and types of fonts, all caps, italics, and positioning on each page. Three of the voices seem to be Kent State alumni- two white and one Black, genders undetermined. The first voice appears to lead the conversation and, perhaps, to be the most objective. Along with the student voices, the reader also hears the points of view of townspeople and the National Guard. The conversation moves through the events leading up to the shooting and readers experience what it must have been like for long-time residents of Kent who feared for their city, reluctantly present and exhausted members of the National Guard, and angry, horrified students who participated in the protests and witnessed the shootings.

While the majority of the book is a passionate, multi-voiced narrative full of arguments about what actually happened in Kent, Ohio during the first four days of May, 1970, one can sense a turning point near the end of the conversation at which the voices begin, somewhat cautiously, to agree on certain truths. It is from this juncture on that readers witness what can happen when a group of dissenting adults engage in an honest, incredibly difficult dialogue about a horrific event in US history.

Kent State is an important book for both young adults and their elders. The representation of  a plethora of perspectives is handled with compassion and grace and provides readers with a clear sense of the agony experienced by all sides in the story. Wiles’ choice to portray such a range of memories and reactions fosters a respect for the importance of including all points of view in US history and, one hopes, faith in the ability of Americans to truly listen to one another.

It is 1940 in a tiny town near a Royal Air Force base in Scotland. Mrs. Campbell, the owner of a lodging place and pub, needs to hire someone to watch over her troublesome semi-mobile elderly aunt. In Britain, Louisa, recently orphaned, needs to find a way to support herself. Mrs. Campbell interviews Louisa over the phone and is impressed with Louisa’s fine British accent and proper speech. She hires her, but is shocked when her Aunt Jane walks into the pub escorted by Louisa, a dark-skinned British Jamaican with impeccable language and a gift for music.

Louisa is not the only character whose identity is not what it seems; Aunt Jane is a former opera singer named Johanna von Arnim. Her alias hides the fact that she is a German and considered a risk to national security. Ellen, a driver on the base, goes to great lengths to ensure that no one finds out that her family are Travelers. Jamie Beaufort leads the 648 squadron, hiding his Eton education and wealthy family from those he is charged with leading.

When a German pilot flies into the base to rendezvous with a British officer who is unfortunately delayed by weather, he stays in Campbell’s lodging overnight. The next morning, the pilot leaves without meeting his connection, and soon after, Louisa finds a hidden device left behind, an Enigma Machine, and the key to using it. Together, Louisa, Ellen, Jamie and Aunt Jane, begin decoding encrypted messages the Germans have been transmitting, which enables Jamie’s squadron to successfully complete several missions against the Germans. But no one is celebrating yet. Now the tiny town is coming under fire from the Germans. Have the Germans discovered that they are missing an Enigma Machine? 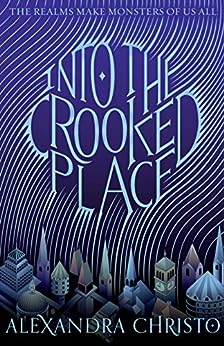 Tavia is a busker, a skillful player of magic, in a realm where all is trickery. Her underboss, Wesley has taught her how to make magic, often the illegal sort, in order to survive. Wesley and Tavia share a deep friendship and a history in their home realm of Creije. However, this world of Crafters is ruled by the Underpin, Ashwood, the Lord of Evil. When Wesley learns of Ashwood’s plot to take over the world, he enlists his soldiers, Tavia, Saxony, and Karam, the warrior to battle him. As they journey to the Underpin’s kingdom, each of the character’s pasts, including family secrets, are cleverly revealed. Tavia strives to honor Muma, her dead mother, taken from her at an early age. Wesley yearns for the family that he never had. Saxony searches for her little sister, whom she suspects has been kidnapped by the Underpin, and Karam searches for answers for her sacred people whom Ashwood has wronged.

In Into a Crooked Place, Christo weaves of a powerful tale of fantasy and magic in which Tavis, Wesley, Saxony and Karam must summon all of their powers and skills as they attempt to win the war for truth, love and free will. Simon Lake Leadership camp seems to offer just what Josh needs, time to get his head on straight while maintaining his cross-country training. For Brooke, Simon Lake represents an opportunity to do something her sisters have never done. But when an earthquake destroys the camp and cuts them off from civilization, Josh, Brooke, and two other teens are left stranded in the Alaskan wilderness.

With limited supplies, the group must put their brief training to the test. They quickly learn it is one thing to practice survival skills as part of a leadership camp, quite another to have to rely on those skills when you’re face to face with an angry grizzly bear. Confronted by everything nature can throw at them and armed with limited supplies, they must rely upon their individual strengths to carry the group.

When Josh and his friends believe they may have found a way out, the story takes an abrupt Hatchet meets Red Dawn twist in which the teens learn they may be the only ones able to prevent World War III. Told through short bursts of action, this book will keep readers turning pages. 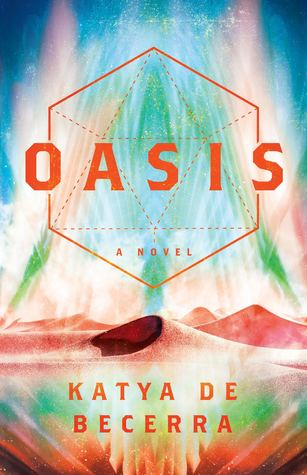 Alif Scholl, the daughter of two famed archaeologists, takes her four best friends–all of them waiting on college acceptances–to her dad’s latest dig at Tell Abrar in Dubai, and the quintet begins the process of learning how to excavate ancient relics. Handsome Tommy Ortiz, the site’s research assistant and Dr. Scholl’s mentee, is their guide and also Alif’s secret crush. The group is barely settled when a violent sandstorm erupts, and they find themselves stranded in the desert with a shimmering oasis beckoning in the distance. When they reach what may be a potential mirage, their own premonitions, hallucinations, and nightmares confirm that the lush sanctuary may not be all it seems.

Alif, a classic unreliable narrator, reveals her version of the eerie and mind-blowing events that befall the six while in the oasis. These occurrences, compounded by a disturbing, frightful atmosphere, appear to be triggered by the characters’ own memories and desires. Will the group survive? What influence does a mysterious stone tablet have on their wishes and dreams? Is there an evil being seeking to sacrifice and destroy each of them?

This is not a book for the faint-hearted or for those who require a tidy ending. The author calls the novel her “love letter to archaeology, deserts, and genre-bending adventure horror” in her Goodreads post, and she delivers on that statement. Alif is likeable, especially in her confusion over her fixation on hunky Tommy and in her often misguided loyalty to her friends. The natures of survival vs. a fulfilling existence mesh in this fantasy spun with suspense and mystery.  Readers who want a thrill ride will enjoy this fast-paced thriller. 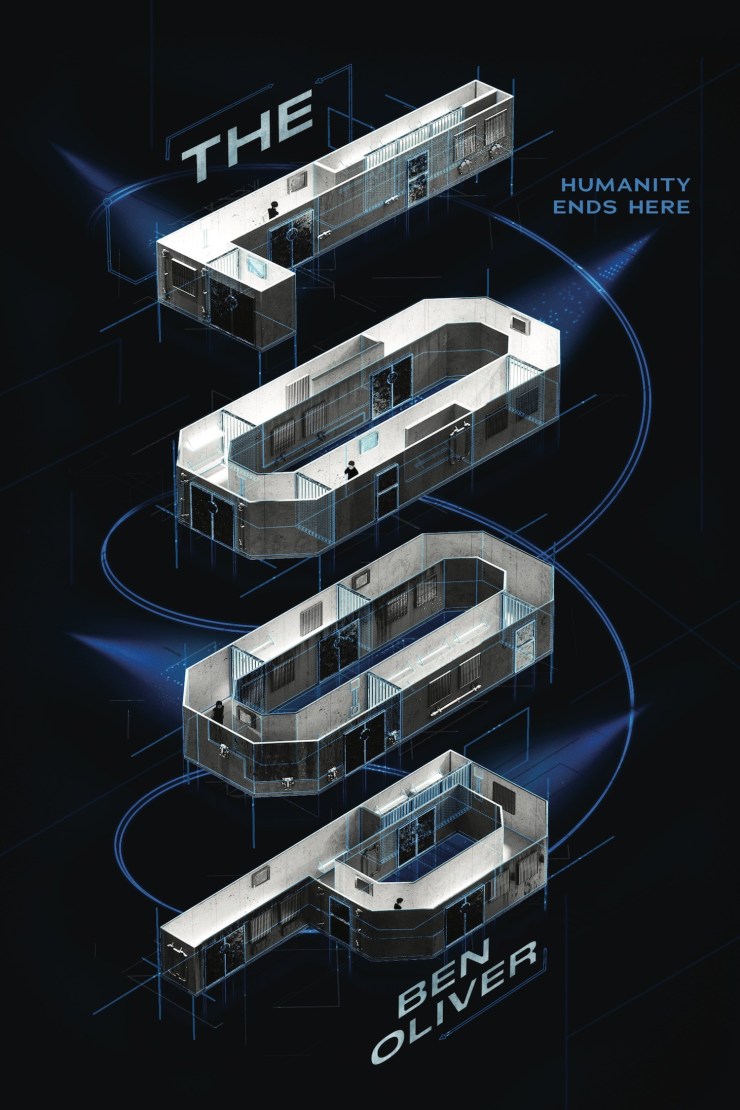 Sixteen-year-old Luka Kane has spent 736 days in The Loop. Falsely accused of murder, he is now imprisoned in a high-tech panopticon youth prison, sentenced to isolation from everyone except the warden while awaiting execution. In this dystopian world, young people can choose to submit to government experiments in exchange for a delay of their death sentence. Every day on The Loop means spending hours being tortured while all the energy is extracted from the prisoners to run the prison. But when the sympathetic warden warns him to escape however he can, Luka knows something is wrong. Rumors of missing people overhead in the yard, the terrifying results of experiments on other prisoners, and the disruption of the daily rain and artificial intelligence that structures the society all mean that Luka is in danger, but who is the enemy and who can he trust?

Fans of dystopian science fiction and survival stories will be pulled in as Luka attempts to navigate a world where it seems like everything is trying to kill him, but he can’t make it alone. 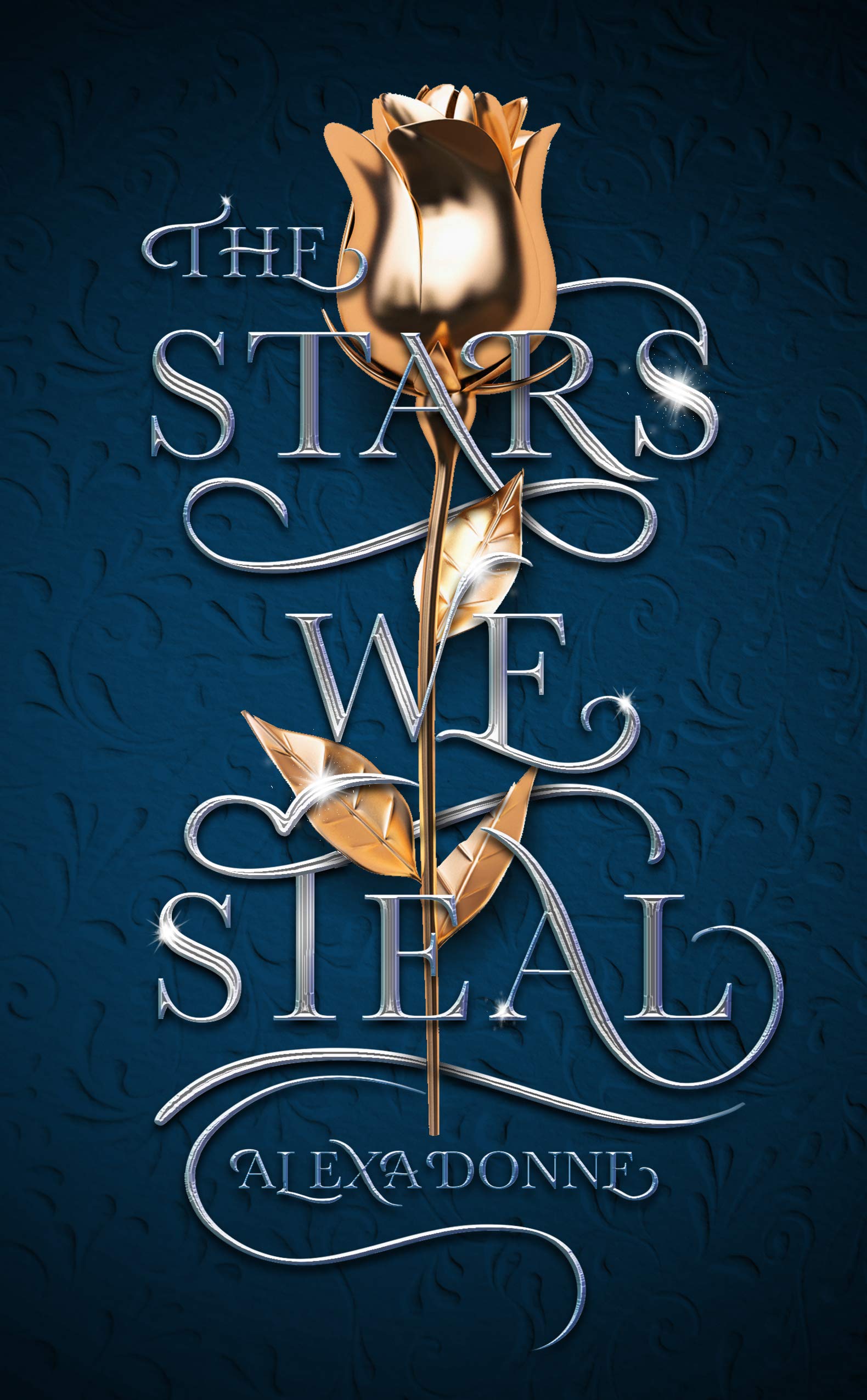 Leonie “Leo” Kolburg finds herself unwilling to be a Princess, or a pawn, in “The Bachelorette” Vlag engagement season set in this futuristic story of finding love and making life-impacting decisions. Leo is working against the time constraints of the season to save her family’s star ship before being forced by her father to select a wealthy husband. Seeing the engagement season as an outdated tradition, she instead wants to find an investor for her invention, which she knows can bring in the money they so desperately need.

Unfortunately, when Leo’s first love, Elliot, shows up with his friends to participate in the Vlag, she finds herself trying to figure out why he is truly there, and how she can keep her mind focused on the needed investor. What she discovers is a twisty turn of politics, corruption, greed, and dishonesty surrounding her own family, as well as Elliot. She must stay focused if she is to uncover the truth about any of them.

Alexa Donne’s story, set in the ships of space, brings together two similar, yet different, characters who both know that their individual missions are dependent on the continued success of the fleet. Leo and Elliot will have to put aside their past hurts by each other if they are to survive. Eventually, they will have to learn to trust each other again if they want any sort of future. 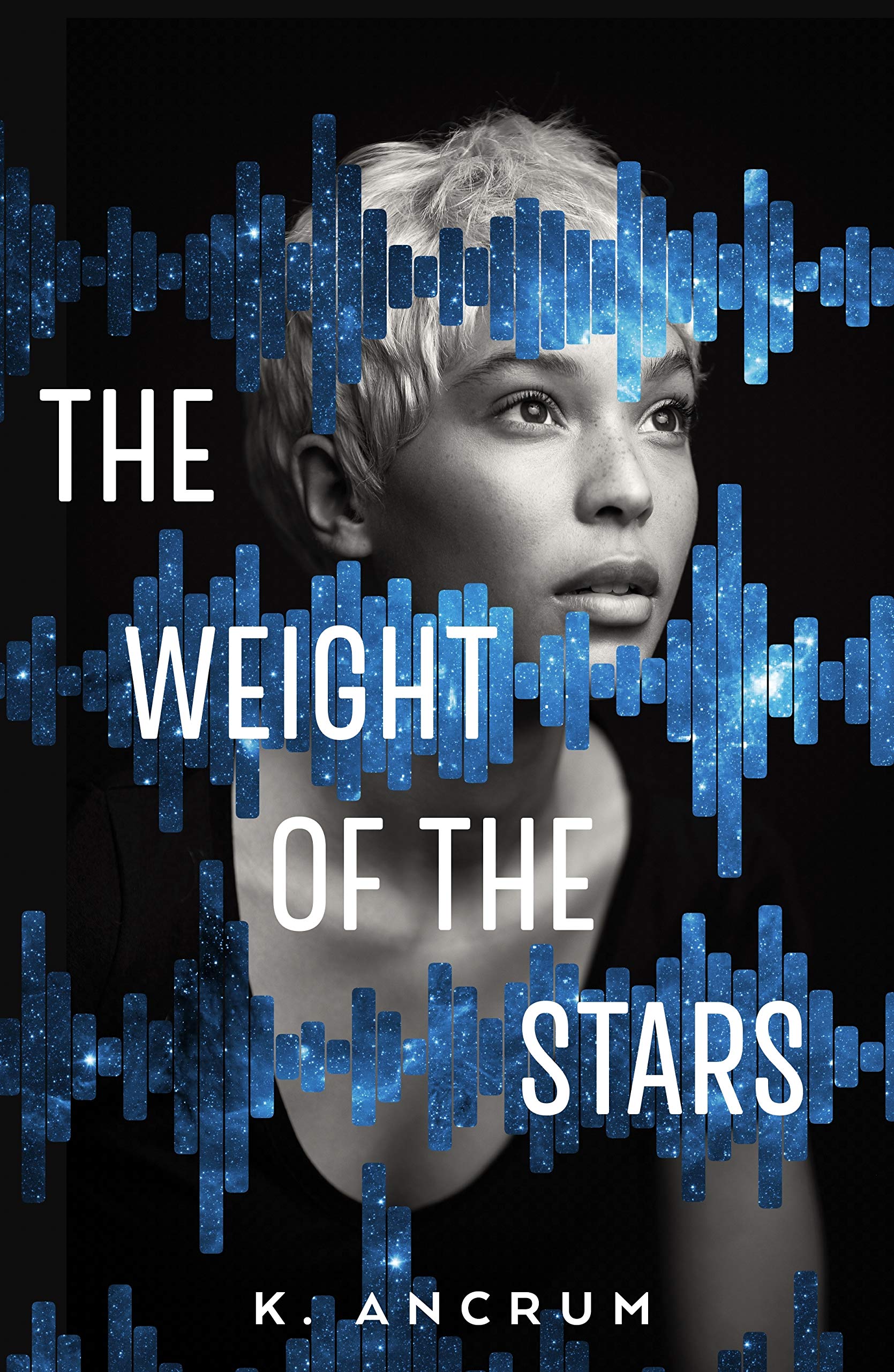 Orphaned and raising her younger brother, Ryann Bird’s new responsibilities as a guardian overshadow any passion she had for outer space and following in her mother’s footsteps at NASA. But when Alexandria, the daughter of a famous astronaut, arrives at school, Ryann faces a new challenge- how do you befriend someone who wants to be left alone?

Despite Ryann’s reputation as a troublemaker, she and her friends campaign to befriend Alexandria. Ryann finds that despite Alexandria’s prickly exterior, they share similarities, especially when it comes to their families’ careers in space. As graduation approaches and her feelings for Alexandria move beyond friendship, Ryann must decide whether she can live the life that she imagined without disappointing her brother and friends?

Ancrum’s novel is a brilliant coming of age novel with themes of friendship and resiliency. Readers will love the blend of outer space and teenage adventures as they follow Ryann’s journey through life’s unexpected opportunities.