Sal begins his senior year of high school wondering about who he is and who he wants to be and feeling like things will never be the same again. After his involvement in a series of physical altercations, he questions his burgeoning anger and whether he possesses the violent tendencies of his biological father. As he helps his best friend Sam deal with the death of someone close, he struggles to understand how a person comes to earn love and forgiveness. When he receives a letter from his mother, who passed away when he was a child, he fears the truth it might contain. And when his beloved grandmother becomes ill, he doubts the faith that his father and his Mexican American family put in God. Although Sal can never fully explain the logic of life, his friends and family provide him place and space to better understand—and accept—complexity and learn to trust that things can be simultaneously unexplained and okay.

A beautiful story, lyrically told, the novel invites readers to wrestle with challenging issues in the safety of a tightly-knit community of genuinely good, devoted fictional people. The characters are admirable and kind and alive on the page; they are the friends and family and neighbors we would like to have. Set in the Southwestern United States in contemporary times, the novel’s richly painted landscape invites readers to wander the vividly rendered neighborhoods and roads Sal inhabits. Sáenz’s tale is quiet but memorable, simple but profound, offering room for reflection and contemplation in an often noisy world.

Rex, Tunde, and Painted Wolf are the best of friends, but they have never met in person because they live on different continents. United by their superior computer, engineering, and spying skills, they form LODGE—an online presence where they share their technical and engineering skills. They finally get the chance to meet in person when they are invited to The Game, a competition of the greatest young minds in the world held in Boston. The competition, hosted by young tech genius and visionary Kiran Biswas, puts their skills to the test. Each of the teens has a personal stake in the competition which is much more important than winning. As the plot unfolds, the teens wonder if the competition and Biswas are masking a darker purpose.

Gout’s story is intricately plotted and delves into the technical aspects of the story, which will please tech-savvy readers. The technical details add to the authenticity of the story without throwing off less tech-informed readers. The competition and each character’s personal stake in the outcome of the game keeps readers in suspense. The illustrations, including computer code, text messages, engineering schematics, and photos add a nice visual component to the story. The story has a satisfying conclusion but sets the stage for an eventual sequel. 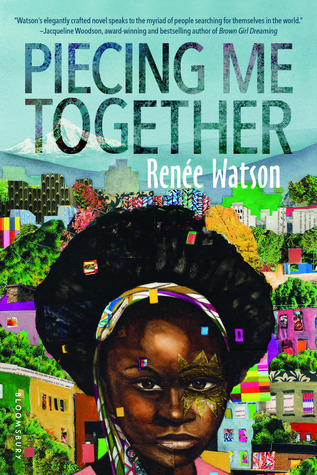 Jade is an intelligent, talented artist from a poor neighborhood who is awarded a scholarship to St. Francis, a private, mostly white high school on the other side of town. She hates leaving her friends from the neighborhood school, but in her new school, she is learning Spanish and hopes to get chosen for a study-abroad program. Instead, she is offered a mentor program for under-privileged girls called Woman-to-Woman. Her family and school community are eager to see the young African American thrive, but Jade is not convinced that she should let others choose opportunities for her.

She makes a new friend, Samantha, at St. Francis, but the friendship is tested by a pair of incidents placing Jade in an unfair position directly attributed to her race. Sam makes excuses for Jade’s accusers, and Jade can’t find the words to explain the hurt Sam’s ambivalence to the injustices causes. Sam also ignores a news item of police brutality against a local black girl, which further hurts Jade. Adding to the tension, Sam, not Jade, is chosen for the study-abroad program. Jade is now faced with several challenges: making the most of her mentor program, repairing the friendship with Sam, and putting all the pieces of herself together so she can be an inspiration to her family and her community.

Watson has written a beautiful novel about people working to make the most of their situation in life by discovering all the pieces of themselves that make them whole. Issues of race are explored from different viewpoints, and Jade’s compassion and resolve serve her friends and the community in this heartwarming story. JC, a.k.a. Sharky watched his best friend, The King, parkour to his death. Another friend, who now calls herself Daffodil Blue is achieving celebrity status–she and the King are both the offspring of the very rich and famous–by informing the media that The King died for love. JC is no longer speaking. He spends his time alone in his room watching shark documentaries and ruminating on the doomed fate of the planet. Then his mother decides to ship him off to an almost uninhabited island in British Columbia.

Once he arrives, JC meets up with his father, a failed writer. JC also rediscovers his propensity for diving and love for everything aquatic, especially sharks. He also meets Kelby, a girl who has experienced her own grief, and discovers the truth behind The King’s death.

Rivers has written an emotionally-charged contemporary realistic book in which characters look for answers to life, death, and survival. Before We Go Extinct treats the search for individuality, sexuality, self-actualization, and spirituality with kindness and subtlety. Reggie doesn’t want to feel the pain of loss and heartache. She has isolated herself from friends and family. One evening, while picking up her prescription for depression, she meets Snake, who is there for a prescription to treat his recent bout of depression. Snake’s girlfriend Carla is pregnant. Despite Reggie and Snake’s recent behavior of avoiding human contact, they find themselves attracted to each other and are thrust into an awkward triangle of love and friendship.

When Carla calls to ask Snake to accompany her to a birthing class and he doesn’t answer, she asks Reggie to go. As Carla’s due date nears, Reggie finds her defensive walls slowly knocked down as Snake and Carla depend on her for love and friendship.

Whitney Taylor tackles a dark and taboo topic, teen depression, with a blend of classic adolescent snarkiness and seriousness. Reggie’s voice resonates with a longing to be loved and fear of exposing herself. The push-pull interaction between Reggie and Snake creates tension as they maneuver the tightrope on which they balance. With so many teens grappling with depression and anxiety, Definitions of Indefinable Things provides a light-hearted perspective of the seriousness of depression while allowing readers to engage with characters who are learning to recognize the positive influences that are often overlooked. Quinn Cutler is attending a private high school in Brooklyn, enjoying her relationship with boyfriend Jessie, and hanging out with her gal pals when she discovers that she is pregnant at 16. However, she has no memory of how the baby was conceived. During flashbacks and nightmares, Quinn tries to discover what happened during the two weeks the event would have happened while the family was vacationing on Southaven Island off the coast of Maine. After confirming through DNA that Jessie is not the father, Quinn investigates the possibility of a virgin birth. Her younger sister Lydia inadvertently spills that option to a local gossip writer who spreads the word. Soon the Cutler home is besieged by intrusive journalists, along with a group of fundamentalists that believes Quinn is carrying the Messiah and can cure illness through touch.

Quinn’s dad withdraws from his Congressional race and he and Quinn’s mother disconnect their pregnant daughter from the world. She attends school through live-streaming, but has no access to the internet or cellphone and is isolated from any support except for her therapist. Memories from the time Quinn almost drowned at age seven reappear with frequency in nightmares and are somehow tied to her Grandmother Merle’s suicide by drowning at Southaven. Quinn’s parents watch in horror as a story based on local myth and read to her as a child convinces Quinn that she did indeed conceive without sperm.

The plot unfolds primarily through Quinn’s viewpoint, but other narratives from her family, friends, and others add both confusion and sometimes clarity, contributing to the suspense. Fantasy interweaves with psychological terror to claim the reader’s attention as Quinn’s life implodes around her.

Reviewed by Judith A. Hayn, University of Arkansas at Little Rock Fourteen-year-old Anneli has been uprooted from her close-knit Mennonite community in Bolivia to live in Toronto. She can’t understand why her father has changed their names and moved, but she suspects he is trying to find her mother, who left when she was five. Anneli, now Ana, must figure out how to make friends, survive high school, and piece together her past. Can Ana find her mother, who may be able to help her solve the mystery of a long-ago crime, help her understand her father, and, most important of all, help her figure out herself? Ana straddles two worlds, two cultures and two parents, walking a tightrope of uncertainty. As she recalls more details about her life in Bolivia, she begins to better understand how she might be able to make a life for herself in her new home, especially with the help of kind friends.

Told from alternating settings, Kent uses Ana’s recollections of what happened in Bolivia to piece together the mystery of her father’s fears and her mother’s escape. This is not a fast-paced read. Instead, Kent draws the reader in through Ana’s eyes, learning as she learns about her past. The story’s mystery builds as the reader roots for Ana to not only solve the mystery of her family, but also begin to build a life for herself. The details about Bolivia, as well as the Mennonites, makes this book a great choice for classrooms looking for embedded research in realistic fiction, as well as teens looking for an interesting read. 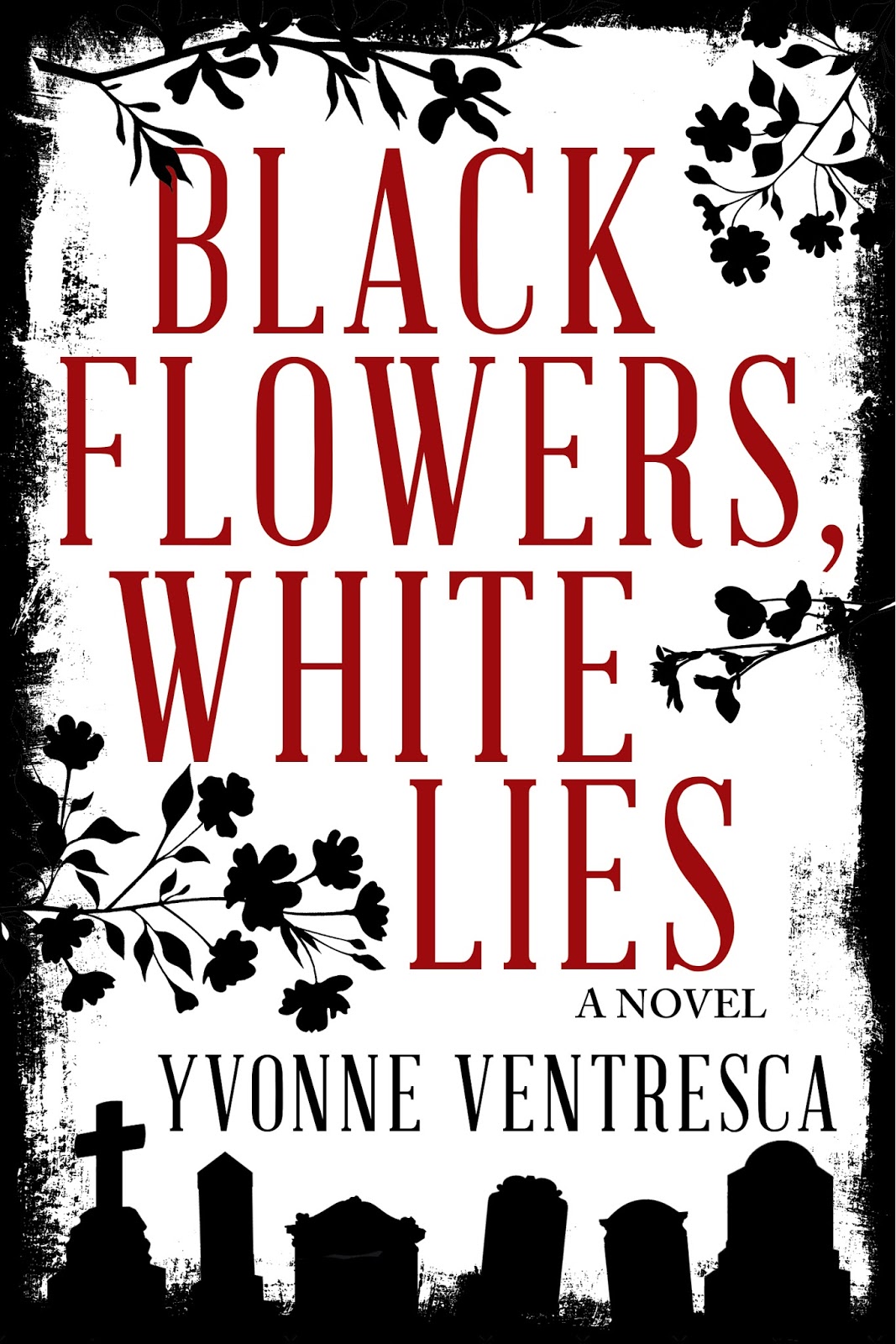 Ella’s father died before she was born, but she’s always felt a deep, spiritual connection with him. When her mother remarries, Ella begins to recognize signs that the truth she’s always known about her father may not be entirely true; that instead of dying as a hero, he may have died in a psychiatric hospital, crazed, maniacal. Then, when a handprint appears on her mirror, similar to the one she left on her father’s tombstone, Ella tailspins into despair, trying to determine if her father is trying to warn her or, is she going crazy like her father.

Ventresca has carefully plotted a variety of twists and turns in this engrossing mystery that doesn’t let up until the final pages. It’s tense, scary, and, at times, upsetting, everything a supernatural thriller ought to be.