Sixteen-year-old Lily’s abilities to hack illegally are handy when it comes to helping her lawyer father on a case, but recently it seems that someone is onto her every move. Moments after loading a website, someone seems to be deliberately deleting the information. Determined to discover who is so interested in her online profile, Lily follows a lead that takes her into a not so desirable section of London, where she is attacked by a two-headed dog and left bleeding out in the street, only to be saved by a handsome boy named Regan. Dark and mysterious, Regan is not what he seems and as Lily finds out, not much else is either. She soon learns that mythological creatures are flooding the city and awakening ancient beasts and dragons that she previously did not know even existed and somehow, she is at the center of it all. She and Regan, a love story that has been prophesized by the ancients, must find a way to restore the balance before the Chaos takes over the city.

In her first young adult novel, Inglis tackles the paranormal realm and kickstarts a journey that develops slowly, but eventually picks up momentum. The author knows her history, and she effectively weaves the setting of London throughout her story. Those who crave a desperate young adult love story will delight in Lily and Regan’s charged passion that possesses heat while avoiding the forbidden aspects that are common to many YA romances.

Seventh grader Josie’s brother is marrying seventh grader Eli’s sister. The venue is a remote Maine island, where a spooky mansion will be the scene of the ceremony. The two families arrive together by boat, and right away the worrisome events begin, including a sighting of mysterious spectral men, an unexpected storm, and ghastly visits from a phantom girl. At the same time, many of the family’s adults begin acting very strangely. Very strangely indeed.

Dan Poblocki‘s new novel is a scary read that engages on two levels. The fast-paced plot propels the pair of likeable teenagers through a series of frightening events, in the course of which, the two develop a close relationship. At the same time, young adolescents’ anxieties about family and friendship drive the deeper discoveries that Josie and Eli make about each other and themselves.

The House on Stone’s Throw Island will appeal to early teen readers, and to their teachers, who enjoy discovering how a writer tells a story. Frequent and obvious early foreshadowing is reliably borne out by later events. Characterizations are consistently built, and the protagonists show real growth as they respond to events. The story’s grim and watery conclusion is an object lesson in the inexorability of endings, good and otherwise. Close friends and sisters growing up, once Maddy and Ella entered high school, they became as different as identical twins could be. By their senior year, Maddy is a mediocre student, but is extremely popular, has a popular boyfriend, and is fashionable and athletic. Ella is a top student and artist, quiet, and a loner except for her best friend Josh. Guilt and the mistaken idea that their parents love Maddy more causes Ella to take on Maddy’s identity after Maddy is killed in the car accident in which Ella was driving. Living Maddy’s life, Ella uncovers a secret and discovers that her sister is not quite the person she believed her to be.

Although the characters could have been formulaic, Leaver crafts relatively complex characters that will cause readers to reflect on identity and relationships. Told from Ella’s point of view, the plot is compelling and believable, and the ending, while a little prolonged, is satisfying. The references to sex and senior high school characters make the book more appropriate for high school reading. Inspired by Shakespeare’s Hamlet, The Steep and Thorny Way takes readers into the lives of Hanalee Denney and Joe Adder during the dangerous time of prohibition, the Ku Klux Klan, and eugenics (the legal sterilization of mentally ill, or feebleminded people) in the state of Oregon. Hannalee is the smart and courageous daughter of a white woman and a loving black father. She knows she is different, but also knows that she is loved. Joe is the son of the town’s protestant minister who is sent to prison for a drunken driving accident that killed Hannalee’s father. Joe is also different, but in a less recognizable way. Together these two unlikely protagonists forge a lifesaving bond of discovery and friendship that uncovers the ignorance and hatred of this troubling time in America’s history.

Cat Winters clearly and descriptively depicts a way of life in rural Oregon that most are not aware of. The Steep and Thorny Way tells the story of the damage done by a community in which fear and hatred bred from the late 1500s through the early 1900s. The historical accuracy provides a powerful sense of realism that will make this novel seem relevant to the lives of teens today. Stories such as this one that detail the struggles of prejudice and hatred help us to understand each other as human beings.

With the sudden loss of his father, Evan is forced to reach out to his grandfather, a man he has been raised to fear and hate. Grieving, Evan visits his father’s workroom and discovers a book with a strange letter inside. The book is a journal written by a Japanese soldier and an American navigator who were stranded on the same island, a stone’s throw away from the action of World War II. Evan begins reading and gets pulled into the moving story of survival, an unlikely friendship, and hope for peace. But the peace in the story, along with the peace in Evan’s own life, are threatened by the same man, his veteran grandfather, who is increasingly suspicious that Evan will discover a hidden truth. What really happened on that island so many years ago, and what guilty secret is Evan’s grandfather trying to cover up?

Wynne-Jones weaves a beautifully layered story, revealing that a family at war, like a nation at war, has terrible and long-lasting consequences. The Emperor of Any Place cleverly moves readers from fear and distrust to a hope for reconciliation and lasting peace. The often strong language of an angry, grieving teenager contrasted with the inspiring, heart-wrenching prose of the stranded soldiers puts readers in touch with powerful ideas and emotions that reach far beyond the remote, fantastical island of Kokoro-Jima. 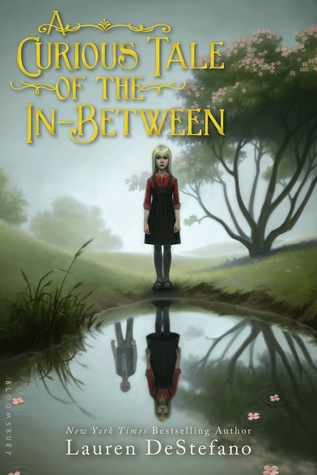 Pram was born with loss. Before her birth, she barely survived her mother’s suicide, and her aunts subsequently raised her, as none of them know the whereabouts of her father. Pram is happily homeschooled until forced to attend the local public school at age eleven where she meets Clarence. Clarence has also lost his mother, and the two of them promptly begin a search for Pram’s father, and a way to contact Clarence’s mother from beyond the grave. Their search is aided by Pram’s ability to see and communicate with ghosts, which seems helpful until their journey becomes much more challenging when they encounter the mysterious Lady Savant.

DeStefano’s middle grade debut is layered and complex, much like her main character Pram.  Often dark, but rarely brooding, A Curious Tale of the In-Between has a spooky side that will keep readers turning pages. As Pram moves past her secluded and lonely existence into a life shared with others, her growth from her adventures is both heartwarming and encouraging. Someone lay dying in a pool of her own blood. Susan Fletcher opens A Little in Love with this tragic scene before whisking readers back to the beginning, back to where Eponine befriends Cosette of the golden hair and matching heart, and then turns on her. Eponine grows up under the harshest of circumstances in 19th century France, learning to steal from the rich for just enough food to survive. While others become hardened by this life, Eponine struggles to “do good” and dreams of being loved. Eventually, she finds her true love in Marius, only to discover that he loves Cosette. A resourceful yet tragic young woman, Eponine finds a way to make amends for her life of crime, respond to true friendship, and demonstrate her deep love for another.

Based on Les Miserables by Victor Hugo, this stand-alone story, narrated in Eponine’s voice, offers insights into the familiar characters’ motivations. Eponine’s soul-searching and ingenuity invite readers to evaluate acts of courage and to question the lines between good and evil. Fletcher rewards readers familiar with the original story by including subtle details and connections, offering inspiration for teen readers’ own fan fiction. 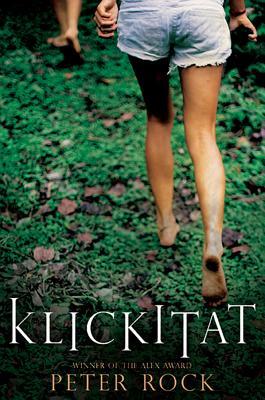 Vivian’s father tries to tune into people halfway across the world on his ham radio every night, her sister, Audra, sneaks out to meet with mysterious strangers, and her mother sits at her computer for hours on end. Vivian’s family seems more tuned to others than to each other. But Audra is always tuned into her younger sister Vivian, who occasionally suffers from seizures. So when Audra runs away from home, taking survival books with her, Vivian wonders if Audra will come back for her.

When Audra does return, it is with Henry, and the three form another kind of family unit, living in a makeshift shelter on the edge of the suburbs until they have enough money to go to Alaska. Mysterious writing in Vivian’s journal hints at the meaning of this new life.

Peter Rock has created an existentialist novel full of messages sent out to the universe, through ham radio waves and woodcarvings at a survivalist encampment, that sometimes are answered, and sometimes are not. Klickitat invites readers to ponder what is it, exactly, that connects humans to each other. What is it that makes a family?