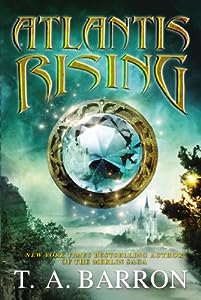 In Plato’s Timaeus and Critias, Atlantis is described as an ancient naval power that sank into the ocean after a failed attempt to attack Athens. Many authors have told stories of the lost city of Atlantis, most focusing on its demise and new life as an underwater city. In Atlantis Rising, T.A. Barron, the New York Times bestselling author of the Merlin Saga, gives readers the story of the origins of Atlantis.

Ellegandia is a magical land situated near but separated from North Africa. It is home to a young boy named Promi, who lives on the streets and steals, as much for sport as for survival. He loves sweets and the target of many of his thefts are the local pastry shops. But Promi has also decided that he wants to use his considerable natural abilities–in addition to thievery, he is quite a proficient knife thrower–to show up Grukarr, the evil Deputy High Priest. As Barron’s masterful storytelling unfolds, readers begin to suspect that Promi may be destined for something larger than stealing pastries and irritating Grukarr. He meets Atlanta, who lives in and is the heart and soul of the great magical forest, and together they uncover an ongoing war between good and evil, fought in both the immortal and human world. They have precious little time to save Ellegandia and the magical forest because Ho Byneri, “the day each year when the veil between the worlds is thinnest,” is only two weeks away. On this day, it is possible for immortals and mortals to pass between worlds.

Barron is a great storyteller, and the pacing, action, and adventure in Atlantis Rising will keep readers glued to the pages. Readers as young as 10 will be captivated, and there are thematic elements, e.g., sacrificing for others, prayer, supreme beings, that may make for great discussion topics with older readers. Above all, Atlantis Rising is creative and supremely entertaining. 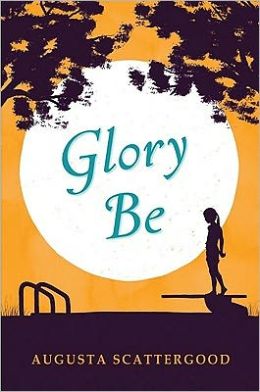 In the hot, sticky summer of 1964, we find ourselves pushing the sweat off our foreheads next to an energetic, soon to be twelve-year-old girl, Gloriana June Hemphill (Glory). The daughter of a preacher and a Nancy Drew in training, Glory takes it upon herself to investigate the closing of the community pool. Readers soon discover that the pool has fewer cracks than the citizen’s keeping its gates closed. Not all residents of Hanging Moss, Mississippi are ready to accept the changes the country has in store. Glory finds out the hard way that the color of one’s skin is not equal in everyone’s eyes.

Augusta Scattergood’s Glory Be provides a perfect introduction for young readers to sink their teeth into serious issues of ignorance and racism. Scattergood shows readers the importance of fighting for what is right, even when others do not agree. Small, eleven-year-old Glory, with hair that looks “like it hadn’t seen the right side of a brush all day” (Scattergood 28), learns to stand up for her beliefs. With a loud voice and no fear, she does what it takes to be heard. She won’t stop until the truth is exposed in the sun. 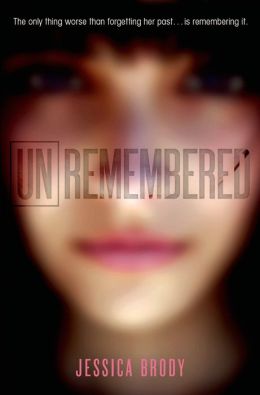 Unremembered, by Jessica Brody, begins at sea. The main character is discovered among the wreckage of a plane crash in the middle of the Pacific. There are no survivors, and yet she is found without a bruise on her body. The story grows even stranger as the rescuers learn that this girl has no memory. She doesn’t remember the plane going down or boarding the plane at all, and there is no record of her on the plane’s manifest. The nameless girl is brought to a hospital where doctors and experts question her and try to learn her identity. No one has claimed her, and she has no frame of reference for anything around her.

What captures the reader at the opening of this story is the narration. Many first-person narratives offer early insight into the main character’s thoughts, attitudes, and values—letting us know why we should choose to exist with and follow the character through the story. But like the mysterious girl, we begin with questions about her past. Frustrated, the girl wonders if she’ll ever get her memories back, if she’ll ever learn who she really is. The nurse on duty at the hospital, Kiyana, tells her not to worry, that “everybody knows that the memories that really matter don’t live in the mind” (15). Kiyana’s words stay with the main character as she embarks on a great adventure, one that is confusing, frightening and beautiful at the same time.

Soon after their conversation, Kiyana gives the girl a sedative to help her sleep and leaves the room. As she’s drifting in and out of consciousness in a fog, a boy enters the room, telling her that she knows him and needs to trust him. He’s going to get her out of there. He disappears and she drifts off to sleep, wondering if he is real or an effect of the heavy medication.

This pivotal moment begins a whirlwind story that takes the main character on a journey that causes her—and the reader—to question reality. Along the way, themes emerge of control versus free will, science versus faith, memory versus instinct, and self-sacrifice versus self-preservation. Our heroine must learn how to discern what is truth when she has no experience to help guide her.  Her plight prompts us to consider what it is that makes us truly human—who we are without our memories. As the story progresses, the title of the book takes on greater significance as the girl’s past and her experiences are re-membered, or brought back together. She must choose what is most important: gathering the memories that defined her past or choosing a new path to determine her future. 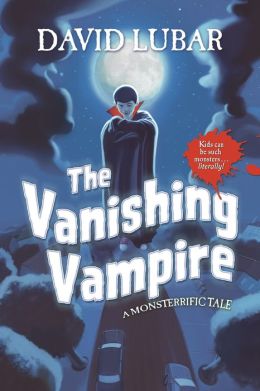 The Vanishing Vampire: A Monsterrific Tale

When a vampire accidentally turns Sebastian Claypool into a vampire too (“I just took a sip.  A little bitty sip.” page 54.), he suggests that for brief time the boy may have a chance to choose between remaining immortal or returning to human.  Sebastian enlists his classmate Norman and siblings Rory and Angelina to help him figure out what to do.  Sebastian thinks his way through his new vampire problems (such as getting to school without burning up in the sunshine) and learns to use his vampire talents (such as becoming fog).  The group attacks larger problems—such as finding a substitute for human blood—while Sebastian decides what he should do about the other vampire, the bullies at school, and his future as a person of the day or the night.

Lubar offers likeable characters who use their heads and their hearts.  This easy-to-read book will appeal to young readers, ones who like non-threatening monsters and who enjoy illustrations.  With the Monsterrific Tales series (Sebastian’s story is book two), Starscape is reprinting Lubar’s Accidental Monsters series from 1997-98. 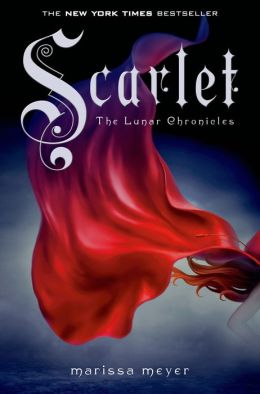 Cinder, Marissa Meyer’s delightful first installment in the Lunar Chronicles series, introduced the futuristic/science fiction version of Cinderella (Cinder), an adopted cyborg daughter in a time when augmented human beings are considered members of a much lower caste than people with all their original parts.  Enter Prince Kai, who falls in love with Cinder, but is fated to marry the evil Queen Levana, ruler of the Moon, who lusts after the Earth and espouses a peaceful settlement between the two rival nations, a settlement to be sanctified by her marriage to the Prince.  Cinder has a role yet to play in this political intrigue, and a secret identity, she does not even know, herself.

This second installment introduces us to Scarlet, Meyer’s alternative take on Red Riding Hood.  In the Lunar Chronicles version, Red/Scarlet is a spaceship pilot, whose grandmother has gone missing under mysterious circumstances.  When Wolf, a handsome stranger, enters Scarlet’s inner circle, he seems strangely devoted to her.  But Scarlet will soon learn that Wolf is a member of a society of werewolves sent by Queen Levana, to wreak havoc on the Earth, and Wolf, himself, has been sent to lure her in under the pretense of saving her lost grandmother.

Who is Cinder, really, and why does the queen fear her so much?  What happened with Scarlet, her grandmother, and Cinder long ago, and why does the queen want this kept secret?  The connection among Cinder, Scarlet, Grandmother, Queen Levana, and Prince Kai will reveal itself as the story unfolds in Scarlet but not entirely.  Yet to come are Meyer’s next two installments, Cress, and Winter.  Both are reported to continue the futuristic fairytale motif, adding characters resembling Rapunzel and Snow White. Plot details in the first two books provide tiny hints about these new characters.

Scarlet follows in the innovative steps of Cinder, unveiling delightful little treasures along the way for the fairytale aficionado to make the association back to the original. Cinder felt a bit more fresh and Scarlet a bit more contrived in this alternative telling of classic fairytales, but both are well written and enjoyable reads.  The proof of the total pudding will be in the final two installments.