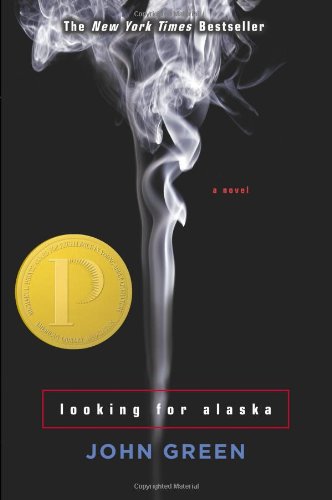 The end of the academic year for public and private schools as well as brief breaks from college teaching provides bibliophiles with a chance to catch up on recent happenings in the world of book challenges. In addition to the trouble THIS ONE SUMMER (2014) has faced in several Florida school districts, John Green’s book LOOKING FOR ALASKA (2005) has been named the most challenged book of 2015 by the American Library Association’s Office for Intellectual Freedom. The book was challenged for what some considered to be “offensive language” and “sexually explicit descriptions.”

On this occasion, it might be a good idea to revisit Green’s powerful online defense of his book. He posted this YouTube video back in 2008 after attempts by parents and administrators on the Depew School Board in Depew, New York, wanted to remove the book from the hands of students. They eventually decided to continue to make the book available. While the book seemed safe in New York, at least back then, Looking for Alaska (the 2006 Printz Award winner) seems to always be looking for acceptance across the nation.

Recently, in yet another challenge, LOOKING FOR ALASKA has faced renewed efforts to remove it from the twelfth grade English curriculum, one arising in Marion County, Kentucky in April as parents vilified the book and the teacher who taught it, according to the Comic Book Legal Defense Fund’s website and the National Coalition against Censorship. A coalition led by the National Coalition against Censorship has urged the high school to allow its students to read the book. The Coalition drafted a letter to the school principal and expressed grave concerns as to whether parents’ concerns about reading materials should be allowed to compromise the rights of others to read those materials and that passages were read out of context. It’s not clear how the high school principal and School Board will respond.

ALAN members tend to be dedicated bibliophiles and defenders of the right to read that is inherent in a healthy democracy. To stay informed about recent book challenges as well as challenges to other artistic expressions, you might want to check out the website for the National Coalition Against Censorship or its Facebook page.

Another resource that ALAN members may find helpful and that I use religiously because she keeps current with book challenges is our own Teri Lesesne’s “The Goddess of YA Literature: Pearls from the Goddess”. Teri posts something  interesting and provokes thought every single day. Often, her ruminations concern censorship and book challenges.

Contact the ALAN Officers and Board, the Newsletter Editor or the members of the ALAN Anti-Censorship Committee for help or more information.

Barbara A. Ward for the ALAN Anti-Censorship Committee